How to Get a Marriage Green Card in the USA

Applying for a marriage green card might be the next big thing on your mind if you and your spouse want to live permanently together in the United States. If this is the case, read on. Not sure if you meet the requirements to apply? First things first, check to see if you qualify. 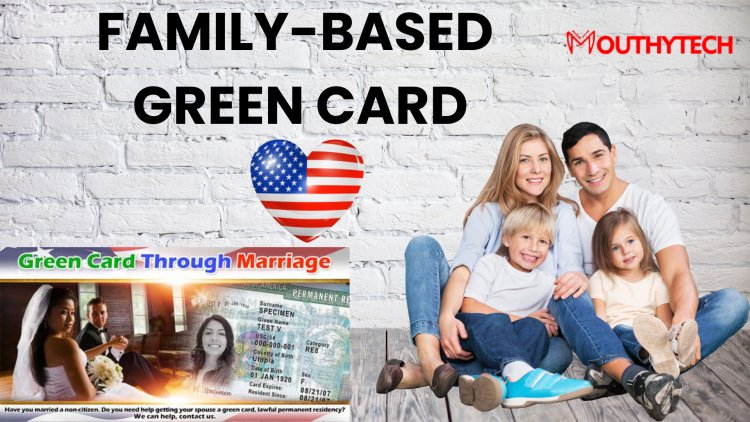 One of the quickest ways to obtain permanent residence is through a green card that is granted based on marriage. A foreign national does not automatically acquire legal immigration status simply by virtue of their marriage. However, a foreign national may submit an application for immigration benefits such as a green card if they have a qualifying relationship, such as marriage to a U.S. citizen or permanent resident.

What exactly is a "Green Card" for marriage?

You got married to a U.S. citizen or someone who holds a Green Card in the U.S., right? Congratulations! It is time to start your new life together now that you and your fiancé have tied the knot and become husband and wife. It is likely that you will have to submit an application for a Green Card based on your marriage before you can make the United States your permanent residence. This article will describe what a marriage Green Card is as well as how to apply for one.

If you are married to an American citizen, you may apply for a Green Card, which will allow you to live and work in the United States permanently. It is the first step toward obtaining citizenship in the United States and is a category of immigrant visa that is issued by the United States Citizenship and Immigration Services (USCIS). Green Cards obtained through marriage are only valid for a predetermined amount of time before they need to be renewed. If you have been married for more than two years prior to submitting your application, you may qualify for the IR1 Green Card, which is valid for a period of ten years.

If you have been married for less than two years at the time you apply for a green card, you will be issued a CR1 green card, also referred to as a "Conditional Green Card." This is valid for two years, after which you will need to renew it in order to obtain a Green Card that is valid for ten years.

Do you qualify for a Green Card through your marriage?

You will need to provide evidence of the following four items to the USCIS in order to be eligible for a Green Card through marriage:

Interview for the Modification of Status

There are some applicants for adjustment of status who are not required to attend an interview, but applicants whose adjustment of status is based on marriage will always have an interview. If you have a legitimate marriage and are not prohibited from entering the United States for any other reason, you should have no trouble passing the interview required for changing your immigration status. The interview typically lasts less than half an hour and ends with a determination regarding your application for a green card.

Green Card for Spouses Through Consular Processing of Marriage

Applicants who are unable to change their status in the manner described above will submit their application for permanent residence through the consular processing system. The steps involved in submitting an application for a green card from outside the United States are as follows. The majority of immigrants take this route because it is the most common one.

The consular processing path begins with the U.S. citizen or permanent resident filing a petition with USCIS. A marriage-based petition will generally include the following forms:

The petitioner will also be expected to submit a number of supporting documents when submitting an application to USCIS. For further information, please visit the USCIS website or refer to the Mouthytech custom filing instructions. Mouthytech is able to assist you with the process of consular processing as well. Through the use of our web-based service, you can quickly and affordably prepare both Form I-130 and Form I-130A.

After the I-130 petition has been reviewed and approved by USCIS, the agency will send it on to the National Visa Center. The NVC will begin scheduling the consular process as soon as it determines whether or not an immigrant visa is available. (It is important to keep in mind that there is always an immigrant visa available to spouses of United States citizens.) When it comes to the partners of permanent residents, the case may remain with the National Visa Center (NVC) for a number of months while the visa is processed and made available.

The National Visa Center (NVC) will ask the foreign spouse to submit an application for an immigrant visa (DS-260) as well as a number of supporting documents, such as a Form I-864, Affidavit of Support, before scheduling a consular interview with the individual. In addition, there will be costs associated with processing the application for the visa as well as the affidavit of support. Examine the I-130 time line to find out what occurs after the petition has been submitted.

Interview at the Consulate

Interviews with consular officials typically last less than half an hour and, if successful, result in the issuance of an immigrant visa. Read Green Card Interview Questions for Spouses to get an overview of the possible questions and to get information on what to bring to your consular interview for a marriage green card.

Contrasted with Consular Procedures for Adjustment

Adjustment of status and consular processing are two options that very few people are able to choose between. On the other hand, some spouses of U.S. citizens who are currently living in the United States are given the opportunity to exercise this choice. The majority of the time, spouses who are eligible to adjust status will choose to do so if given the opportunity. It grants the foreign spouse permission to remain in the United States while the marriage green card application is processed.

On the other hand, consular processing can frequently lead to a reduction in the amount of time required for processing. The couple may end up being forced to live apart as a result of this deal. There are benefits and drawbacks associated with every possible route. Read up on the differences between Adjustment of Status and Consular Processing for a more in-depth comparison.

Reasons Why Your Application Won't Be Accepted

Every person who applies for a green card must first pass a test to determine whether or not they are inadmissible to the United States. Even if the applicant is already physically present in the United States, they will still have to pass an inadmissibility test before they can be accepted as a permanent resident.

In most cases, entry into the United States will be denied to people who have a history of participating in illegal or terrorist activities, abusing drugs, having infectious medical problems, or who have certain other characteristics.

Mouthytech offers straightforward, budget-friendly, and comprehensive guidance through the USCIS immigration application process. The service can be accessed on a desktop computer or a mobile device, and it is used by individuals, attorneys, and non-profit organizations to accurately prepare immigration forms, thereby avoiding costly delays.

Mouthytech allows users to test out the service at no cost and guarantees that the United States Citizenship and Immigration Services (USCIS) will grant the application or petition. In addition to providing support for the Petition for Alien Relative (Form I-130), the Application for Citizenship (Form N-400), and the Adjustment of Status Application (Form I-485), we also provide support for several other USCIS forms.

Fully Funded MENA Scholarship Program 2022/23 to Study in the Netherla...

Undergraduate Scholarships in Canada 2023 Without IELTS

Find out the Cost of Studying in the Netherlands

Jobs in the USA for Foreigners: Top Opportunities and How to Get Them

In-Demand Jobs in Canada for Semi and Low-Skilled Workers