An average gross monthly salary of €5,500 is considered to be good in Luxembourg. This corresponds to an annual gross salary of above €66,000 per year, making Luxembourg one of the countries with the highest wages in the Eurozone. With this salary, you can live a comfortable and decent life in the country, including renting an apartment and occasionally eating out. 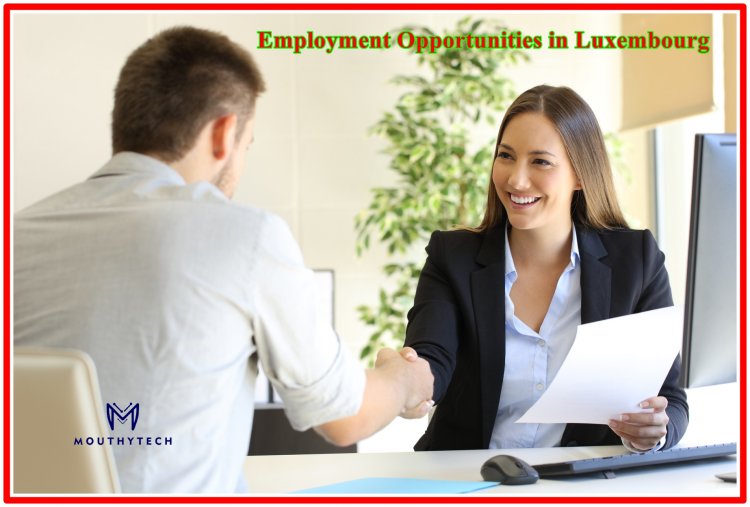 Knowing the current high-paying jobs in Luxembourg can help motivate you to work hard, sacrifice, and exercise, as well as guide your career path.

Luxembourg is a popular destination for people from neighboring countries and beyond, thanks to its booming economy, numerous multinational companies, and high wages. Beyond these attractive things, it’s essential to know the local salaries before accepting or seeking a job in the Grand Duchy.

The average salary in Luxembourg

According to data from the survey website Pay Scale, the average salary in Luxembourg is €59,923 per year, with the median salaries for popular jobs as follows:

An employee must have qualifications or experience equivalent to one of the following levels to be considered skilled:

The minimum wage in Luxembourg:

These agreements tend to exist in industries that have non-standard working systems. For example, businesses that operate 24/7 or those with unusual hours.

If the relevant industry has a collective agreement, the minimum salary must not be lower than the national minimum wage.

Conditions for Salaries in Luxembourg.

Employers must pay men and women the same salary in Luxembourg for equivalent jobs, and people on fixed-term employment contracts must also be paid the same as those on permanent ones. The regulations also cover part-time employees, who should be paid at the same level on a pro-rata basis.

Working hours in Luxembourg are limited to 40 hours in a standard working week, after which employees must be paid overtime salary. While this rule applies to most people working in Luxembourg, it doesn’t cover directors, managers, or the self-employed.

The legal maximum working day is 10 hours, and the Ministry of Employment must approve overtime. The government allows some sectors to employ staff on Sundays, as long as the work is voluntary and is paid at double the average salary.

While it doesn’t exist in all industries, some employers pay a thirteenth-month bonus to their employees at the end of the year or at Christmas. However, others offer a profit-sharing bonus based on how well the company does in the year.

According to an OECD Better Life Initiative report in November 2021, only 4% of workers in Luxembourg worked very long hours. There were, however, differences in working conditions for men and women. While the unemployment rate for women is 10% lower than men's, women were more than twice as likely to be employed in low-paid jobs.

Research by Luxembourg’s statistical office states that employees in financial services and insurance earn the highest salaries in Luxembourg, followed by electricity production workers, science and technical professionals, IT workers, and teachers. The lowest-paid jobs in Luxembourg, meanwhile, were in the accommodation and food sectors.

While not the top paid job in the country, OECD’s report also showed that secondary school teacher salaries started at €73,700, putting Luxembourg at the top of the earnings list across major developed countries.

The main reason that lawyers earn big wages is because of their high perceived value in the eyes of their clients. A successful lawyer can save/earn you tons of money or can possibly spare you a death sentence.

Being in charge of hundreds of millions in funds and investments with all the associated risks that come along makes managing a bank an extremely critical task worthy of a large salary.

CEOs are primarily responsible for the success or failure of complete organizations. Their huge remuneration is due to the vast scope of impact as well as the risks involved.

Any job that is about managing money automatically qualifies for high pay. CFOs manage budgets, spending, costs, and revenue which directly impact the operations of the organization.

Orthodontists operate in an industry where people are willing to pay high costs for a service, which directly makes Orthodontists among the best-paying jobs.

College professors are among the top-earning and most prestigious careers. Becoming a professor is not easy and requires persistence which is partly why they earn so high.

Probably the only career on the list that involves some kind of excitement, nevertheless; pilots undergo rigorous training programs and they are responsible for the safety of thousands of people every day.

Marketing directors are in charge of increasing the revenue of their organizations. They are directly responsible for generating business and they are well paid for that reason.

Surgeons top the list of the highest paying careers due to the critical nature of their job. A surgeon’s profession involves high risk and requires extensive knowledge and a long learning path; the necessary ingredients for a high-paying career.

Judges earn quite high salaries because of the huge responsibilities associated with their job. Deciding people’s fates is not an easy task and the high wage is perfectly justified.

Like in many other countries around the world, the highest paying jobs in Luxembourg are those which require lengthy education and training, as well as dedication and great responsibility. Embarking on one of these careers certainly promises a long journey, but their hefty salaries are worth the effort and the wait.

Speculative applications are an acceptable way in Luxembourg to contact large companies, particularly by young graduates. You should not hesitate to apply in this way even if there are no job vacancies, as it might get you listed in a database of potential candidates if the company has one.

Industry bodies for advice on speculative applications include:

What is the basic salary in Luxembourg?

Which job has the highest salary in Luxembourg?

Research by Luxembourg's statistical office states that employees in financial services and insurance earn the highest salaries in Luxembourg, followed by electricity production workers, science and technical professionals, IT workers, and teachers.

What is a good salary in Luxembourg?

In Luxembourg, a good salary before tax ranges between €5,000 and €6,000 per month and up to €30 per hour, the highest-paid rate globally. Ultimately, anyone getting between around €66,000 per year in Luxembourg is a good earner.

Are salaries high in Luxembourg?

How much do Luxembourg students earn?

The average salary in Luxembourg is €25,704 and in 2020 the national minimum wage for part-time jobs is between €13 per hour, which ranks them as the country with the highest minimum wage in the world. Consecutively, the minimum monthly wage is fixed at €2,142.

How much can I earn in Luxembourg?

The article "Average Salaries Structure in Luxembourg" proved the actual salary structure in the country.

Get Your Luxembourg Visa - Requirements and Application Guide

Looking for a government job in Australia? The Department of Home Affa...