What You Should Know about US Family-Based Immigration program 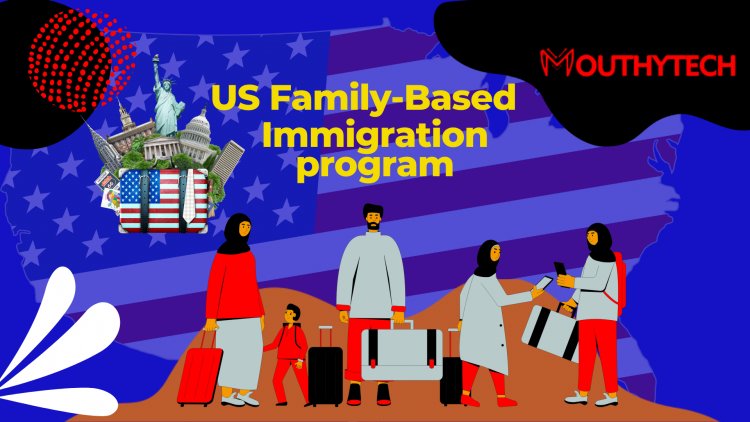 This article focuses on the two main types of family-based immigration to the US – immediate relatives and family preference immigrants – and outlines some facts about how each type can be sponsored as well as what requirements must be met by each petitioner to ensure successful immigration.

Family-based immigration refers to the Immigration and Nationality Act (INA) (section 201 et seq.) categories that allow U.S. citizens and lawful permanent residents to petition for immediate relatives (spouses, children, and parents) and certain other family members to obtain immigration benefits to come to live permanently in the United States. If you are outside of the United States and qualify, you may apply to be sponsored by your relative who is a U.S. citizen or lawful permanent resident, who will file Form I-130 on your behalf with the U.S.

The United States has a long history of immigration, dating back to the founding of the country. The first immigrants were from England and other parts of Europe. Over time, the immigrant population has diversified, with people coming from all over the world. Today, the United States welcomes people from all over the world who want to build a better life for themselves and their families.

Being separated from your family is not an easy thing, especially when complex immigration laws are standing in the way of your family reunification. There is a maximum of 480,000 family preference visas given each fiscal year in addition to a 7% per country limit. Due to these stringent rules set by the Immigration and Nationality Act (INA)( https://www.uscis.gov/laws-and-policy/legislation/immigration-and-nationality-act), the immigration process often requires immense patience, perseverance, and commitment.

What Exactly is Family-Based Immigration?

The process works by allowing citizens and LPRs to sponsor certain family members for a green card. To be eligible for a visa, you must be an immediate family member or within the family preference category of a sponsor. The entire process includes a minimum of two family members, a petitioner, and a beneficiary.

These visa types are based on a close family relationship with a United States citizen.

Usually, the process starts when a petitioner files an immigration request with the U.S. government. The form they must file is called a Form I-130, Petition for Alien Relative. Once this form is approved and a visa number becomes available for the relative, then the family member is eligible to apply for a green card. Afterward, the residence is given through either consular processing or adjustment of status.

You should also get a Reentry Permit if you plan to be outside the United States for more than one year. If you are a permanent resident but do not have a passport from your country of citizenship, you may be able to get a Limited Validity Passport. If you want to move to another country, you will need to apply for a new immigrant visa.

How Long Does the Entire Process Take?

Immigration is not a quick or easy process, and it can take decades to receive a visa. Especially for immigration involving family preference, the wait time can be significant because of high demand and limited visas available. Immediate family members, on the other hand, can receive their visas in a shorter amount of time once they finish the extensive visa application process.

The family-based immigration process generally begins with the petitioner (U.S. citizen or lawful permanent resident) making a request to the U.S. government to allow a family member to immigrate. The petitioner files Form I-130, Petition for Alien Relative, with USCIS. The I-130 petition establishes the existence of a qualifying family relationship (within the immediate relative or family preference categories). For more details on what happens after filing the I-130 petition, view the Form I-130 processing time.

In some cases, an immigrant that is already inside the United States as a temporary visitor (e.g. student, tourist, etc.) may be able to adjust their status to permanent resident. Adjustment of status is the process of changing immigration status to permanent residence (green card holder). Adjustment of status is only available to a small group of applicants.

Important Things to Bear in Mind

While seeking family-based immigration, there are a few key factors that are important to keep in mind:

Our team at Mouthytech Attorneys LLP understands that the immigration process is a long and daunting hurdle to overcome. Dealing with all the legal responsibility alone can take an emotional toll on a person.

Priority Dates And The Visa Bulletin

When the demand for family preference immigrant visas exceeds the number of visas available (which is virtually always), a backlog forms. There is a waiting list because too many people want to get a green card. In this situation, a person’s place in line is determined with a priority date. The priority date is the date that the I-130 petition is properly filed and accepted. The priority date is only relevant to family preference visa petitions. Remember, there is an unlimited number of visas available to immediate relatives.

The U.S. Department of State publishes a monthly visa bulletin that family preference immigrants review to see when they’ve reached the front of the line. Some categories may take a few months while other categories can take several years. When your priority date reaches the front of the line, your priority date as "become current." An immigrant visa is available to you.

The 4 Steps to Applying for a US Family Visa

There are specific steps to follow in order for a U.S. Lawful Permanent Resident to successfully sponsor a family member. These are:

To begin the sponsorship process, the U.S. Lawful Permanent Resident family member will need to mail a visa petition on USCIS Form I-130, along with accompanying documents, to U.S. Citizenship and Immigration Services (USCIS). The LRP must prove the family relationship is real.

Once USCIS receives the petition, the officers will consider whether to approve or deny the request. If approved, the case file will be forwarded to the National Visa Center for further processing. If denied, it is possible for the petitioner to file a new petition after determining what changes need to be made to encourage approval. Upon approval, USCIS will forward the immigrant’s case file to the National Visa Center (NVC) for further processing.

This step only takes place if the petitioner was in the Family Preference group. Relatives that are not considered “immediate” are not eligible for permanent residence right away, as there are annual limits on the number of Green Cards that can be approved. Thus, the immigrant joins a waiting list, and will usually wait at least a year before learning if a visa is available.

If the petition has been approved, and a visa has become available, the immigrant would then submit an application for permanent residence. This is usually done by applying for an immigrant visa at a U.S. consulate outside the United States, and then once in the states, the immigrant would apply for a Green Card. During the ensuing process, called “consular processing”, the immigrant will be required to fill out various forms, provide documents and take part in a medical examination.

What Are Family-Based Petitions?

Can a U.S. Citizen Sponsor a Family Member?

If you are a U.S. Citizen, you may petition for the following relatives, as long as you can prove the relationships:

Can a Green Card Holder Sponsor a Family Member?

If you are a lawful permanent resident (green card holder), you may petition for the following relatives, as long as you can prove the relationships:

What Happens After You Petition for a Relative?

The NVC will forward your petition to the appropriate U.S. consulate when a visa becomes available and your relative will be notified about how to proceed. This process is referred to as "consular processing."

On average, the I-130 (family sponsorship visa) filed by your sponsor takes between 6 to 12 months to be processed. The USCIS processes the petition on a first-come, first-served basis. Your sponsor can expedite the process by submitting the form as early as possible.

Who can a US Citizen Sponsor?

US Citizens can sponsor family members and employees! Family Based Petitions allow US Citizens to sponsor immediate or family preference members which include children, spouses, parents, grandparents, and siblings.

What Relatives Can a U.S. Citizen Sponsor?

US Citizens can sponsor family members that fall under two categories: Immediate Relative or Family Preference.

The US family-based immigration program is a great way for families to reunite and start new lives in the United States. However, there are a few things you should know before applying. First, the process can be long and complex, so it's important to be prepared.

Second, you'll need to meet certain requirements, including having a sponsor and proving that you have a genuine relationship with your family members.

Finally, remember that the US family-based immigration program is subject to change, so it's important to stay up-to-date on the latest news and developments.

Free Education In The US For International Students

Immigrate to Canada as a Food and Beverage Server

Finding jobs in the United Kingdom: What to Know and Where to Look