Check Out the Top Universities in the Netherlands

Some of the best universities in the world are located in the Netherlands. Discover all of the subjects offered by Dutch academic institutions. 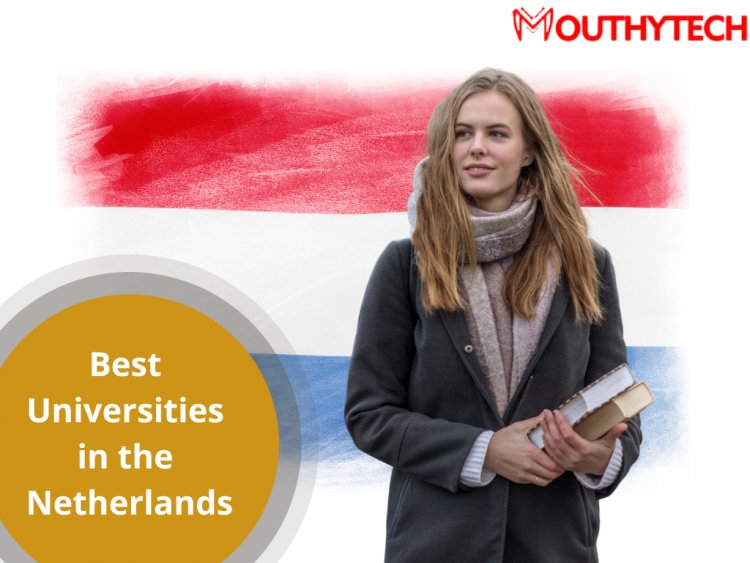 Studying in the Netherlands

Understanding the Netherlands' unusual educational system, which divides pupils into three tracks starting at age 12, is necessary for attending university there. Which are:

In most cases, attending a research university or an applied science institution is required to complete your studies in the Netherlands. Due in large part to the fact that many colleges there offer courses in English, the Netherlands is a very sought-after study abroad location. 40% of first-years were overseas students during the 2021 academic year.

Finding housing, unfortunately, presents one of the biggest obstacles to studying abroad in the Netherlands. It's a good idea to start looking early because university housing fills up quickly, and there is a shortage in many places. Some schools even forbid international students from entering the country if they haven't secured housing.

Universities in the Netherlands

The Netherlands has some of the most well-known universities in the world; when compared to its European neighbors, the Netherlands welcomed the fourth-highest number of international students in 2018. In the Netherlands, there are 13 research universities and 43 applied silence universities, most of which are funded by the government. Nevertheless, costs differ based on whether you are an EU citizen and the program you select.

Most of these universities provide three- to four-year bachelor's degree programs. Additionally, they provide master's programs, which take one to two years to finish. Doctoral programs can last between three and five years and are also widely offered. There are also several private colleges and universities in the nation, but because they are not government-approved or supported, they are free to charge more.

Top Universities in the Netherlands

Its alumni are Princess Mabel of Orange-Nassau, Guido van Rossum, Charles Michel, and the president of the European Council (Dutch Royal Family). Nearly one-third of the student body is made up of international students.

The 61st-ranked Delft University of Technology (TU Delft) is a technical university in the city of Delft. Students can enroll in bachelor's, master's, or doctoral programs. Most of the programs offered by TU Delft are in the STEM sector and include engineering, industrial design, and nanobiology courses. Nuclear physicist Abdul Qadeer Khan and Prince Friso are former students (Dutch Royal Family). About one-fifth of the TU Delft student body is international.

Utrecht University, located in the lively yet charming city of Utrecht, is ranked 112 worldwide. The institution provides bachelor's degrees in various fields, including law, media studies, the life sciences, and more, in addition to master's and doctoral programs. Princess Irene of the Dutch Royal Family, Willem Einthoven, the creator of the EKG, and Femke Halsema are all graduates of Utrecht (mayor of Amsterdam). The international student population at the university is about 16%.

The little town of Wageningen is home to Wageningen University & Research, ranked 124th globally. The college offers bachelor's, master's, and doctoral degrees. Their courses focus on soil, water, and atmosphere research, environmental and animal sciences, and food technology. Some notable former students include Emma Oosterwegel, Qu Dongyu, the director-general of the United Nations' Food and Agricultural Organization, and Jeroen Dijsselbloem, a retired politician and economist (Dutch Olympian). Nearly 25% of the student body is from abroad.

Leiden University, in the municipality of Leiden in South Holland, is ranked 131st worldwide. Leiden is a public research university that grants bachelor's, master's, and doctoral degrees. The university comprises seven faculties, with particular strengths in law, anthropology, history, politics, and classics. René Descartes, a French philosopher, Rembrandt, a Dutch painter from the Golden Age, and Mark Rutte are notable former students (Prime Minister of the Netherlands). Leiden University enrolls about 5,000 foreign students.

Universities in the Netherlands for Educational Specialties

There are a few respectable universities in the Netherlands for persons with specialized academic interests. Even though many of these programs are taught (at least in part) in English, learning some Dutch is still advisable if you intend to use your degree in the nation. After graduation, you'll probably work in a Dutch-speaking setting and have additional alternatives for continuing study.

Medical schools in the Netherlands

The following are a few of the top medical schools in the Netherlands:

Business schools in the Netherlands

Listed below are some excellent possibilities for business schools:

Law schools in the Netherlands

There are some top-notch law programs in the Netherlands, many of which are taught in English. The following list includes some of the top law schools with English language programs:

How to Get a Marriage Green Card in the USA