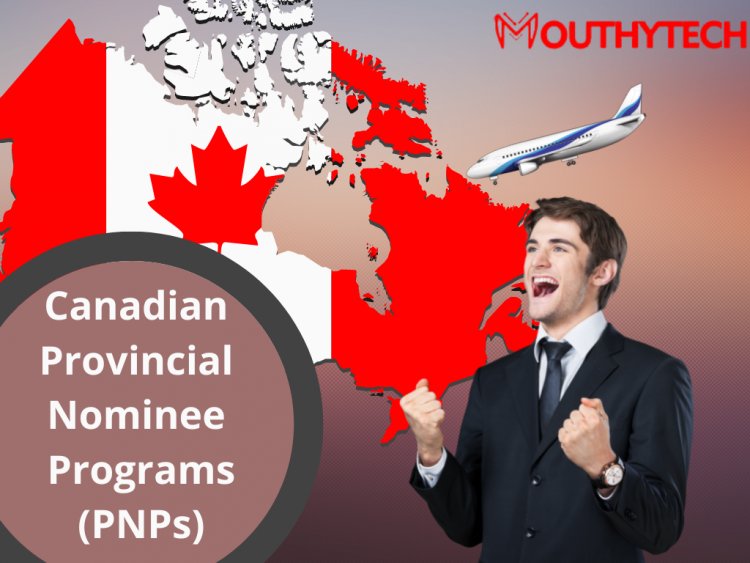 In Canada, there are more than 80 provincial nomination systems that let participating provinces and territories suggest individuals for Canadian permanent residents who meet the necessary economic criteria. For people who want to immigrate to a particular Canadian province or territory, the provincial nominee programs (PNPs) offer a route to permanent residence in Canada.

The number of invitations extended to PNP candidates grows annually by the Canadian federal government. The fastest-growing path to economic immigration in Canada is through these programs. Every province and territory in Canada has its own PNP that is tailored to its own economic and demographic requirements. Only 11 of Canada's 13 provinces offer this, and each has its own needs and specifications for its provincial nominee programs.

If the applicant receives a nomination from a particular Canadian province, a PNP is a method that expedites the processing of an immigration application for permanent residence. The Canadian government and local provinces have an agreement that allows them to nominate immigrants who want to go to that province and live, work, and generally come to Canada.

However, the candidate must pick the province where they want to live and then submit a nomination in order to be eligible for a visa under the Provincial Nominee Programs (PNP). The province will then evaluate your application in light of its labor and immigration requirements as well as your sincere desire to live in the province.

Aside from Quebec and Nunavut, every province has several PNP streams. Because they might be the quickest route to Canadian permanent residency, provincial nominee programs are a well-liked choice.

Provinces and Territories in Canada

Furthermore, program requirements and application procedures vary greatly between provinces, so interested applicants should consult each of the provinces to determine their eligibility. Here are the Provincial Nominee Programs in Canada:

However, note that the province of Quebec and Nunavut has their own unique immigration selection system and a points system that is also different from other provinces.

How does the Provincial Nominee Program (PNP) Work?

This program is for workers who:

There are several "streams" (immigration schemes that cater to specific demographics) and requirements in each province and territory. For example, in a program stream, provinces and territories may target:

How to Apply for the Provincial Nominee Program

There are primarily two alternatives available to you when submitting an application for permanent residence through a Provincial Nominee Program (PNP) under the immigration laws of Canada:

How to apply through the Express Entry

By using this technique, the province of your choice will choose your Express Entry profile from the draw pool. The province will send you your nomination if you meet the necessary qualifications in terms of knowledge and experience.

How to apply through the base process

For some PNPs, creating an Express Entry profile is not necessary. These applications are known as "basic" PNPs. Even though each program's nomination procedure is unique, the overall procedure is crucial:

Once you have received a nomination from a Canadian province or territory, you may use Immigration, Refugees, and Citizenship Canada's online Permanent Residence Portal to submit your application for Canadian permanent residence.

Which are the Easiest Provinces to Get Permanent Residence in Canada?

While many PNPs need a link to the province, such as a job offer, work history, or educational qualification, some programs just invite individuals based on their capacity to address labor or demographic shortfalls. In 2022, the following four provinces are thought to be the simplest for foreign candidates to get permanent residence in Canada:

How Much Does it Cost to Immigrate Through a PNP?

Depending on the scheme you choose, the cost of immigration through a Provincial Nominee Program ranges from $2,300 to $3,800 CAD. Some governments do not impose processing fees to applicants, while others, like Ontario, charge up to CA$1,500.

Is it Possible to Immigrate to Canada Through a PNP Without a Job Offer?

There are several Provincial Nominee Programs (PNPs) available for foreign applicants who do not have an employment offer from Canada. These programs often seek applicants who have the knowledge or professional expertise to assist the province in filling demographic or labor market shortages.

What is the Processing Times for PNP Applications?

Application approval by the province is the first stage in the Provincial Nominee Program (PNP) process. This initial phase is often finished fast. Depending on the province, the processing period might be anything from two weeks to nine months. Being "nominated" by the Provincial Nominee Program is the term used to describe receiving PNP approval.

After the PNP approval, the next stage is federal permission, which still necessitates police, medical, and security inspections. This typically takes 6 to 8 months, although it may take longer depending on the circumstances of each case. After the PNP nomination has taken place, the PNP can help the candidate swiftly secure a work visa so they can immigrate to Canada.

That's all we have on the Canadian Provincial Nominee Program. The link below will take you to a page with further information about each program.

Dutch CV Tips for Job Applications in the Netherlands

The Ultimate Guide to Moving to Germany as a Foreigner

Best Global Universities for Agricultural Sciences in the United State...