How to Get a Dutch Passport

The Dutch have one of the most coveted passports in the world, allowing their citizens to travel and work anywhere in the European Union and just about anywhere else with relative ease. As of 2017, there are also fewer than 200 countries around the world where you can’t use your Dutch passport to get you in without any sort of visa or permit. Continue reading to find out all you need about the Dutch passports for ex-pats, including benefits, eligibility, and how to apply for one. 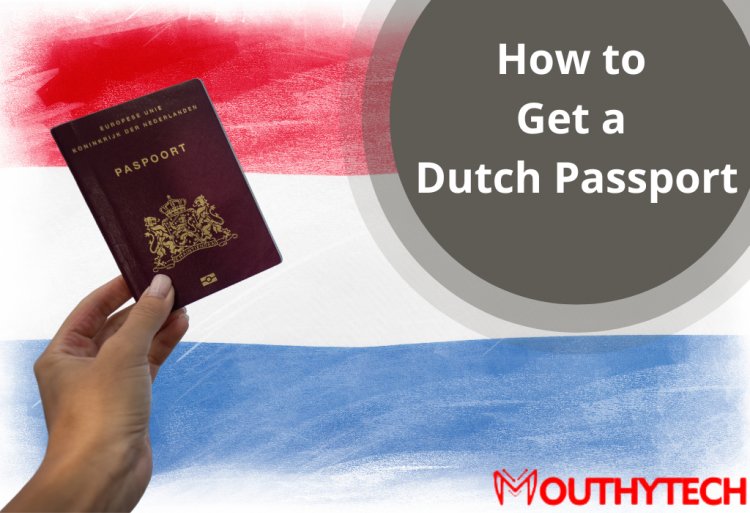 You can apply for a Dutch passport and travel the world as an EU citizen after relocating to the Netherlands and obtaining Dutch citizenship. The Dutch passport gives you the right to live and work in 27 EU countries, including Switzerland, Liechtenstein, Iceland, Norway, and Monaco. If you’re looking to start your life anew in any of these destinations, make sure you’re eligible for a Dutch passport first.

If you’re Dutch and living in the Netherlands, there are several ways to obtain your Dutch passport. Once you have your passport, there are also several benefits to having one, including access to any European Union member country or countries that aren’t part of the Schengen zone without the hassle of visa applications.

Passports are issued by the Ministry of Foreign Affairs, a division of the Dutch government. Every Dutch passport is a biometric document that has a chip containing the owner's biographical information, including fingerprints. The typical biometric passport is a compact, 34-page burgundy booklet. The passport holder's photo, critical personal data, and particular passport number are displayed on the document's main page. Passports now include the Dutch Citizen Service Number (BSN) as of 2014.

If you frequently travel abroad for work or other reasons, you can apply for a second, two-year Dutch passport.

What are the Benefits of Having a Dutch Passport

If you receive a Dutch passport, you can enjoy some additional privileges as part of your Dutch citizenship. These consist of:

Who Can Get a Dutch Passport?

In the Netherlands, citizenship is required to obtain a passport. Once you have been granted Dutch citizenship, you can apply for a passport. Five years of continuous residence is the standard requirement for foreigners seeking Dutch citizenship. If you are married to or have been a long-term partner of a Dutch national, this is lowered to three years.

You must also pass the civic integration exam, be sufficiently fluent in Dutch, and have no severe recent criminal records to demonstrate that you are appropriately integrated into Dutch culture and society.

How to Apply for a Dutch Passport in the Netherlands

A Dutch passport application can be made at the municipal building nearest you. You'll need to schedule a meeting. You will need to bring along the following:

A passport application form must also be filled out, which you can do ahead of time. Keep in mind that the form must be submitted in Dutch. You must attend the appointment in person to provide your biometric data. A parent or other responsible adult must accompany minors when they apply for a Dutch passport.

In the Netherlands, passports often come after five days. Your passport is available for pickup at the municipal building. You can typically pay to have anything delivered if you cannot pick it up yourself. There is also a more expensive fast-track process; if you submit your application and payment before 2 pm, your passport will be ready the following day. To learn more about the fees and procedure, visit the webpage for your municipality.

How to Apply for a Dutch Passport from Abroad

If you reside abroad, you can also apply for a Dutch passport. You can do this at:

Wherever you apply, the procedure is generally the same. However, prices can differ. Ordering a passport via an embassy or consulate, where processing typically takes several weeks, is typically more expensive unless you are physically incapable of doing so. For example, if you have mobility concerns, you must typically pick up the passport in person.

Dual Citizenship and Second Passports in the Netherlands

The Dutch government is making every effort to restrict dual citizenship. In most situations, you will have to renounce your other countries to obtain Dutch citizenship. There are a few exceptions, though. Which are:

You will automatically renounce your Dutch citizenship if you acquire it before obtaining citizenship in another nation.

Renewing or Replacing a Dutch Passport

The validity of a Dutch passport is ten years or five years for minors under 18. Once your passport has expired, it cannot be renewed. Instead, you must follow the same steps when applying for your first passport to apply for a new one. Your current passport will serve as evidence of your Dutch citizenship.

A Dutch passport may be renewed either before or beyond its expiration date. It's crucial to apply for a new passport before your current one expires if you have dual citizenship. If not, you run the risk of losing your Dutch citizenship. If your passport is seriously damaged, such as if the photo is lost or the biometric information is corrupted, you might need a new one. However, the cost of your replacement will be at the usual rate.

You should notify the local police as soon as possible if your passport is lost or stolen, whether it happens in the Netherlands or anywhere else. You should also contact the Dutch embassy abroad or your local municipality to obtain a replacement. You might be granted an emergency passport or a temporary laissez-passer document to travel under certain dire circumstances. Emergency travel documents often only apply to one trip at a time. Furthermore, you must follow the same steps as when obtaining a new passport to obtain a replacement.

Furthermore, here are some of the frequently asked questions about Dutch passports.

How Long Does an Application for a Dutch Passport Take?

Your new passport will be ready after six working days. You can choose whether you want to collect it or have it delivered. You must make an appointment to collect your passport.

When should I renew my Dutch passport?

Dutch passports are valid for ten years or five years for children under 18. It is not possible to renew your passport once it expires. Instead, you must apply for a new passport using the same procedure as for getting a first passport. You can use your existing passport as proof of your Dutch nationality.

You are not allowed to have dual nationality if you are Dutch and adopt another nationality. Then you will automatically lose your Dutch nationality. It does not matter whether you live in the Netherlands or abroad.

Can I renew my Dutch passport before it expires?

You will lose your Dutch nationality if you apply for a new passport within the 13-year time limit but do not receive it until after the time limit expires. Check the date it will be 13 years since your passport was issued, and make an appointment to renew it at least three months before that date.

Can I have a British and Dutch passport?

In some cases, you can. Suppose you apply for the Dutch nationality through the 'option procedure' instead of the naturalization procedure. In that case, it is less likely that the Dutch government will require you to give up your British nationality. The Government advises that you allow up to 10 weeks for your passport to arrive; however, some people have reported waiting up to 15 weeks for a new passport in light of the passport office delays.

The Cognitive Domains of Learning in Italy Education

How to Find Sponsored Jobs in the Netherlands in 2023

How To Get A Uk Sports Visa - The Ultimate Guide!