Have you always wanted to work for a Dutch NGO but needed help figuring out where to begin? After all, numerous NGOs are working on a wide range of diverse initiatives, and it might be challenging to land a job with any of them. The most prominent NGOs in the Netherlands are listed below, along with a few tips. 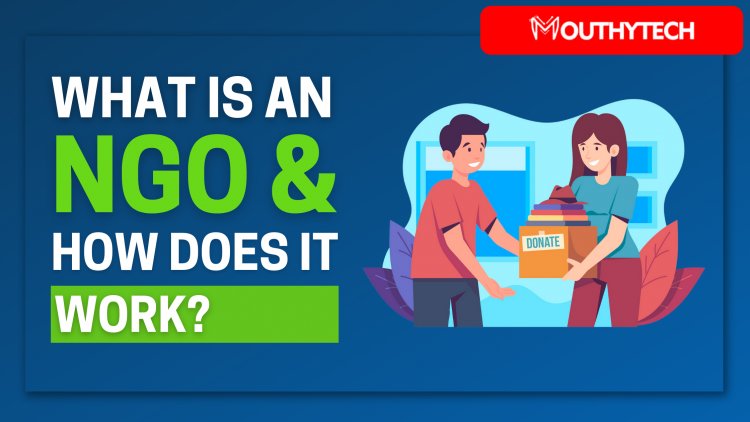 If you wish to work for an NGO, the Netherlands is the ideal location for you to relocate. Many NGOs opt to locate in The Hague because it is the city of peace and justice on a global scale, but there are also many in other Dutch cities, such as Amsterdam.

What is an NGO?

Before we get into the details you came here for; we must clarify what an NGO is. NGOs are non-profit organizations not connected to any government and typically strive to improve a social issue or advance a political cause. NGOs in the Netherlands operate on various concerns; they might be centered on domestic or global causes.

The kind of position you're applying for will determine this entirely. Being an NGO's communications officer vs. their accountant requires entirely different qualifications. However, a few guidelines are relevant to practically all job vacancies.

Due to the competition for these jobs, almost all NGOs prefer to hire applicants with a higher education qualification, and those with a master's degree would typically perform better.  Your qualifications may not always directly match the work you will be performing at the NGO, depending on the position; instead, it is more important to analyze material at a high level and are accustomed to working independently. When working at an NGO in the Netherlands, it's also beneficial to understand the subject matter you'll be focusing on.

You should have a couple of different skill sets.

The majority of NGOs run with a small, devoted workforce. It is therefore improbable that you will work just on one project all day, every day. That degree of variation is alluring to most individuals.

It also implies that if you have a few diverse skill sets, you'll have an advantage in your application. For instance, let's say you're applying to be a communications officer, but you also have expertise in video editing, fundraising, or research. In the Netherlands, NGOs typically place high importance on multitasking skills.

You should have some experience in the field.

NGOs admire the dedication to the cause they're working on, so let them know whether you've previously worked on something similar or simply volunteered on a relevant project. The fact that you volunteered your time for a cause is likely to be favorably received by your potential employer, even though you may believe it is less valuable than your prior corporate employment. It demonstrates your familiarity with the industry in which you'll work.

Even while NGOs tend to be more globally focused than other industries, working at an NGO in the Netherlands may benefit significantly from knowing Dutch. It demonstrates your ability to interact with locals and authorities as well as your capacity to work well with their current team.

What is it like to work for an NGO in the Netherlands?

If you have never worked for an NGO, you may be curious about the experience. You can anticipate the following while working for an NGO in the Netherlands.

Pay is not the highest.

The fact that NGOs in the Netherlands lack financial resources is sort of the idea. If they do, they're generally not working on the area to its full potential. You won't likely be making a lot of money as a result. But if you're thinking about working for an NGO, you aren't trying to make a lot of money.

The work has great significance.

You likely care more about how the work you're doing makes you feel, though. An incredible way to feel like you're making a difference in the world and to have a feeling of purpose is to work for an NGO in the Netherlands. You could be able to observe the results of your work on society in other ways or you might be able to work directly with those who really need you. Of course, this is not always the case. You should be ready for some, if not the majority, of your projects to fail partially or totally. That is just the nature of attempting to change the world.

You might have to put in a lot of hours.

You could be expected to work long hours by NGOs because they usually only hire people who are truly passionate about the cause they're working on. This might only occur sometimes, such as when the NGO is working on a project with a deadline, or it might occur frequently. You need to sort of accept the fact that you probably won't be working a traditional 9 to 5 job.

Things will go more slowly if people are only working part-time or for free.

Occasionally, NGOs lack the resources to hire full-time employees or perhaps any paid personnel at all. If so, you can anticipate a fairly slow pace of events. As you might expect, if you have two jobs, you won't have as much time to respond to emails, take calls, or work on projects. Consider whether a position at this type of NGO will further your goals before accepting it. However, sometimes the most important work in society just isn't paid, so if you can afford it, it might still be worthwhile to work for this kind of NGO.

If you work in the human rights industry or wish to apply your knowledge and skills there, the Netherlands is a fantastic option. Numerous NGOs work on both national and international concerns, such as poverty, gender equality, reproductive rights, and democracy. We are unable to provide you with a complete list of NGOs operating in the Netherlands because doing so would be nearly impossible. Here are 10 businesses in the Netherlands that offer jobs with NGOs:

The Netherlands is home to the international advocacy group Amnesty International. Amnesty International Netherlands, like all of its divisions, works on a wide range of topics, including democracy, the rise of automation and surveillance in policing, free expression, and more. Qatar, Poland, and "Let's Talk about YES," a campaign that encourages conversation about sex and consent in the Netherlands, particularly among young people, are examples of current AI campaigns. On the website's "Vacancies" page, you can search for jobs.

The Hague, Netherlands-based Global Human Rights Defence (GHRD) is a global nongovernmental organization. It aims to advance and defend all human rights but with a particular emphasis on regions where these breaches are most severe. Human rights reporting, assistance for victims of violations of human rights, and promotion of human rights in South Asia, Europe, and the Netherlands are among the responsibilities of GHRD. Through legal aid, community development, education, and skill/vocational training, GHRD also places a priority on socioeconomic and human rights empowerment.

As one of 20 development organizations working together to end poverty, Oxfam Novib is a part of Oxfam International. The group fights poverty by concentrating on a number of issues, including education, food security, emergency help, and inequality. With more than 10 million partners, including teachers, farmers, donors, fishers, and others, Oxfam Novib works in numerous nations.

The Hague serves as the headquarters for this organization for global collaboration. It supports civil society organizations in Latin America, Asia, the Middle East, and Africa. Hivos has been promoting a just and sustainable society for more than 50 years by utilizing five strategies: brainstorming with innovative leaders; coalition building; influencing policy and execution; influencing public opinion; and fostering local ownership.

This NGO was founded in 1957 with the intention of employing neighborhood-based programs to lessen poverty and inequality. The group aids Dutch fundraising partners working with community organizations in the Global South. The foundation annually funds hundreds of small-scale charitable projects, particularly those that benefit kids, persons with disabilities, and women and girls. Additionally, Wilde Ganzen concentrates on initiatives that are economically, socially, and environmentally sound.

The Netherlands Centre on Sexuality has been housed at Rutgers for more than 50 years. The group facilitates young people's access to safe abortions, effective contraception, and high-quality sexual education. Additionally, Rutgers aims to stop gender- and sexual-based violence. Rutgers collaborates with other organizations globally and takes part in research, lobbying, and public support campaigns.

The largest children's rights group in the world is UNICEF, which is a UN agency. It concentrates on providing for a child's fundamental requirements, such as food, safety, and education. The group also advises governments, businesses, and other world leaders while promoting the rights of children. The Netherlands Committee UNICEF Foundation is separate from UNICEF yet connected to it.

This humanitarian organization specializes on providing urgent relief to displaced people and refugees. The organization offers food, fresh water, shelter, sanitization, and medical attention in times of need. The organization additionally supports educational and vocational programs for longer-term issues. Despite having a Dutch base, it collaborates with foreign partners to work in various nations.

This oversight organization defends, advances, and raises public awareness of human rights in the Netherlands. Its primary duties include resolving complaints, advising the government and other public organizations, reporting to international and regional human rights mechanisms, publishing research and recommendations, and assisting with human rights education and training. Despite having a mandate from the government, all national human rights institutes (NHRIs) are autonomous. The Netherlands Institute keeps an eye on Bonaire, St. Eustatius, and Saba, as well as the Dutch portion of Europe.

This NGO works to advance human rights, enhance democracy, and uphold the rule of law in Central Asian nations that are members of the Organization for Security and Cooperation in Europe (OSCE). The committee works to improve public policies that affect vulnerable populations, establish legal safeguards, and aid human rights NGOs. The committee participates in several human rights networks in civil society throughout Europe. The OSCE region is the focus of most of the activities.

Study in the UK: How to Make the Most of Your Experience

Immediate hiring for Australian jobs with free work VISA in 2023!

How to Apply for Australia Humanitarian and Refugee Visas